Do I have polycystic ovaries and what can I do about them?

Polycystic ovary syndrome (PCOS) is a condition caused by hormonal imbalance which affects between 5 and 10% of all women in the reproductive age. Many can have polycystic ovaries for a long period of time without even knowing and it’s not uncommon for women to discover it once they encounter difficulties while trying to get pregnant. For others, symptoms of hormonal imbalance such as excessive facial hair or being prone to gaining weight might be what first prompted them to check out their reproductive system and hormonal balance. Although the condition isn’t dangerous in itself, the symptoms can be extremely uncomfortable and annoying while the condition is known to cause infertility so it is very important that once you identify it you immediately consult with a doctor in order to determine future steps.

What are PCOS and PCO?

Polycystic ovary (syndrome), often abbreviated to PCOS or PCO is a condition marked by the development of cysts on the ovaries which in turn interfere with the hormonal balance of the body. According to estimates, between 5 and 10% of women of reproductive age are affected, while some studies suggest that, when unreported cases are taken into account, the number can be as high as 20%. 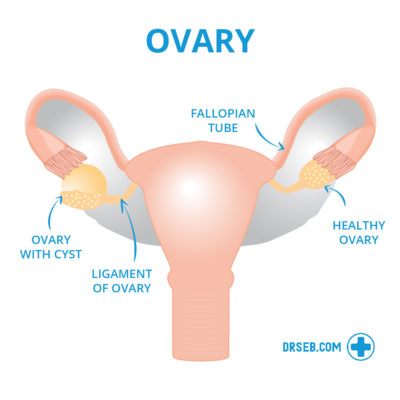 Contrary to popular belief, not that many symptoms can be linked directly to PCOS as this condition is simply marked by the development of the cysts on the ovaries. However, the impact those cysts will have on a woman’s body and hormonal balance is extremely varied and can be precisely determined only on the basis of individual cases. For some women, PCOS doesn’t lead to any significant hormonal changes, so the condition goes completely unnoticed.

With this in mind, the only reliable way to determine if you have polycystic ovaries is to visit a gynaecologist who will conduct an ultrasound examination of the ovaries. Since cysts are not that uncommon in healthy women, the limit for diagnosing this condition is 12 cysts. However, in many cases, PCOS will cause significant hormonal imbalance, leading to the excess of male hormones, which will then produce different symptoms, including:

For some women, these symptoms can manifest at a very early age, even as early as 14 years.

As mentioned, PCOS is usually diagnosed using ultrasound scan. In order to confirm the diagnosis, the patient needs to have two out of three core symptoms of polycystic ovaries:

As of now, the exact reason for developing this condition is not completely known. There are some strong indications that PCOS is caused primarily by genetic factors, although the environmental influences can play a major role in how the disease develops. The lack of physical activity, bad dietary choices and obesity have all been linked to increased risk of developing PCOS. What’s more, the studies have shown that for women who have polycystic ovaries and exercise regularly the symptoms tend to diminish. However, if the exercises are stopped and the person switches to an unhealthier lifestyle, the symptoms will increase and become more prominent. So, lifestyle is another important factor when it comes to managing polycystic ovaries.

In itself, PCOS isn’t dangerous, although it does increase the risk of infertility. Aside from this very important fact, there are also other things you might want to keep in mind if you’ve been diagnosed with PCO. Most of these include certain more pronounced tendencies which may somewhat increase the likelihood of other medical conditions. These include:

For many women, PCO can be a source of great frustration and concern when trying to get pregnant. While certainly not impossible, PCOS can significantly reduce the chances of conceiving which will, in turn, lead to a greater period of time spent in tests and attempts.

While this condition can’t be effectively cured, there are many possible treatment methods and medications that can help you mitigate the unpleasant symptoms. Some of the main treatment options are discussed in more detail below:

Many women diagnosed with PCOS also struggle with excess weight. The symptoms, as well as other risks of developing health problems related to PCOS, can be successfully and significantly reduced by losing excess weight. In some cases, weight loss of just 5% can contribute to significant improvements in terms of PCOS.

Even if you don’t have a problem with excess weight, certain changes in your dietary habits might do wonders for your PCOS. Some general dietary advice is usually related to:

Polycystic ovaries syndrome has also been linked to insulin resistance in many cases, thus contributing to the increased risk of diabetes. This condition reduces the body’s ability to absorb sugar in the muscles and tissues. If there is a severe lack of insulin, there is a significant risk of developing type 2 diabetes.

By exercising more, you can increase your insulin sensitivity in muscles and tissues, so it’s important to get enough physical exercise daily. This can be as little as half an hour of moderate exercise a day and an hour of tougher exercise per week. It can be running, swimming or whatever activity you prefer that engages the muscles.

For many women, the knowledge that they have an untreatable condition may create a lot of anxiety and frustration. But on the other hand, countless women cope with polycystic ovaries successfully without allowing the condition to have an impact on their life. For those concerned about the reduced chances of getting pregnant – it’s not impossible, but it will probably just take you more time, and more consultations with your doctor or gynaecologist.

Undesirable and excessive hair growth and skin impurities are another factor, but these can be successfully treated with birth control pills. So, while it might require some efforts on your side, a perfectly normal life with PCOS is absolutely possible and achievable, especially with the help of the 21st century medicine.