Getting rid of haemorrhoids (piles)

Haemorrhoids are a rather common medical condition that, according to some studies, affects one in three persons globally at least once in their life with more moderate estimates reaching around 60% of the global population. While their onset is usually sudden, they are still classified as a chronic disease that can have different levels of severity. Many people have a mild form of haemorrhoids without them even knowing it, since symptoms can be completely absent in that case. However, in the more severe forms, even a surgery can be required in order to alleviate the symptoms.

In most cases, haemorrhoids can disappear as suddenly as they appeared, but if the condition doesn’t seem to go away, a proper treatment is required. For many, this condition is left untreated due to the fact that people find it embarrassing to talk about. If this is the case, it is advisable to seek advice from an online clinic where it would be easier to discuss this problem.

Certain other conditions can also lead to haemorrhoids, with most known being pregnancy. More about this topic will be considered at a later point in the text.

For milder cases, any symptoms can be completely absent, so the person might be completely oblivious to their condition and usually, it will go away by itself before one has a chance to notice. However, in the prolonged presence of piles or more severe forms, tell-tale symptoms may appear:

Types and degrees of haemorrhoids

There are different forms or so-called degrees of haemorrhoids that are differentiated by the severity of the condition.

Who can get haemorrhoids?

Piles are very common in all age groups and both genders, but with the condition being more common in people older than 40 years. Thus, the risk of getting haemorrhoids increases with age, but also with certain other conditions. 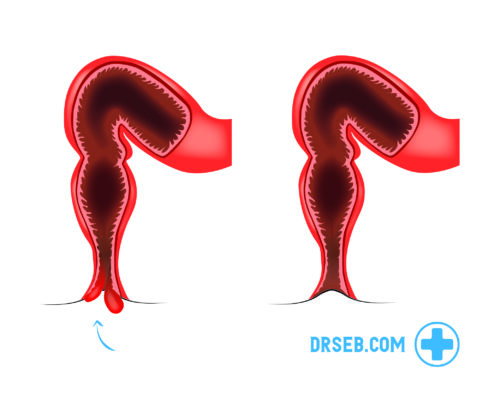 It is a well-known fact that during pregnancy and immediately after giving birth, there is a greater risk of developing haemorrhoids. In these periods, stool often gets harder with the blood vessels expanding throughout the body naturally, thus contributing to the danger of piles. At the same time, the growing uterus pushes down towards the rectum, preventing the blood from flowing back to the hurt, thus leading to swelling of the blood vessels. However, in most cases, the haemorrhoids will disappear by themselves sometime after giving birth.

During pregnancy, increase in weight and lack of physical activity also contribute to piles manifesting, so it is important to take precautions, such as drinking enough liquid which can be helpful with dry stool and constipation, as well as eating fibre-rich diet. Certain medicines are also available on market, with Proctosedyl and Xyloproct being the most used since they cannot be transferred to the baby via breastfeeding.

The most common form of treatment is symptomatic, aimed to alleviate the symptoms. Usually, a soothing cream or an ointment will be enough to inhibit the inflammation of the blood vessels. It is important to note that medications cannot remove haemorrhoids themselves, but they mitigate the symptoms and reduce the pain. Most treatments contain substances that affect mucous membranes in such a way to tighten them, thus helping retract the piles.

The only way to remove haemorrhoids is through medical intervention – surgery. However, this is needed only in the most severe of cases, but the examination at the doctor is highly advisable since haemorrhoids can lead to multiple bowel diseases, as well as bowel and anus cancer.

While medication will help you deal with the symptoms, other lifestyle changes should be made in order to reduce the risk of reappearance of haemorrhoids once after their gone. The most common tips are related to proper nutrition and exercise, including: